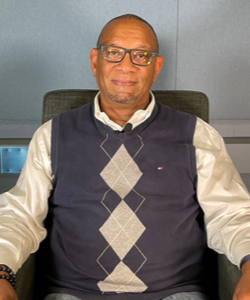 A CPA by training, DeWayne brings a wealth of knowledge to the organization in the areas of auditing, financial management, and leadership. Prior to this appointment, he was a consultant for nonprofits and served as project director for Detroit Food & Fitness Collaborative, a group of 65 individuals representing 40 organizations developing ways to ensure that everyone in Detroit (especially the most vulnerable children) has access to affordable, healthy, locally grown food, and opportunities to be physically active.

Immediately before joining Gleaners, DeWayne was chief operating officer for Starfish Family Services in Inkster, Michigan, and the first lay person to serve as executive director of the Capuchin Soup Kitchen in Detroit. He holds an MBA from Wayne State University and is a graduate of Leadership Detroit. 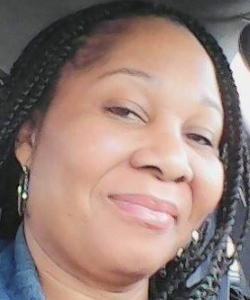 Lacy is currently the Director of Leadership and Organizational Development at EJAM. She is a native Detroiter who has a passion for supporting systemic change and transformation in and for marginalized communities. Her mission is to engage and empower citizens throughout Michigan to make collective and individual strides towards eliminating all social and economic disparities, which plague communities across the country. Before joining EJAM, she spent 8 years at Michigan Voice, a nonprofit civic engagement table, which fights for multiracial political power using data, civic participation, and grassroots organizing. There she was able to recruit, train and support numerous grassroots organizations from communities of color across the state. She also served as a Regional Field Director for Barack Obamas, Organizing for American (2010-2012). There she worked to develop a strong network of dedicated neighborhood and community teams who worked together to increase voter participation in Southeast Michigan and, assist in getting Barack Obama re-elected to office.

She believes that by growing people’s passions and utilizing people power, leveraging techniques of authentic grassroots organizing, validating everyday people and their leadership abilities, and keeping an eye on the prize of transformation, systemic change, equity, inclusion, and diversity, we cannot only move mountains, but we can be the change the world. 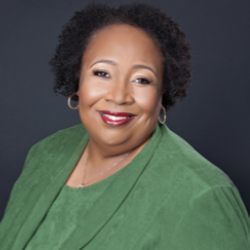 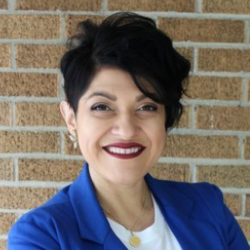 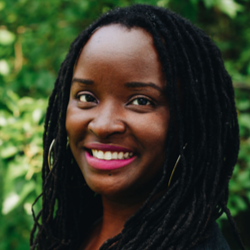 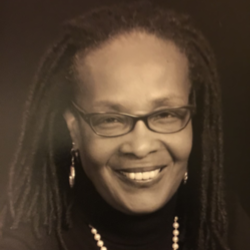 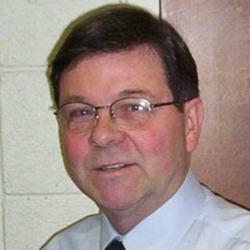 Dr. Alicia Renee Farris is the Chief Operations Officer for Restaurant Opportunities Centers United. Born and raised in Detroit, Michigan, Farris was the State Director of Restaurant Opportunities Center of Michigan (ROC-MI) for seven years. Under her leadership, ROC-MI ran a successful ballot initiative to increase the Michigan Minimum Wage to $12 by January 2021. More than 1.5 Michigan households would have benefitted from this increase if not thwarted by legislative action during the 2018 “lame duck” session. Farris has dedicated her career to fighting for social and economic justice and also served as an adjunct professor at the University of Detroit Mercy’s College of Liberal Arts and Education for 12 years. She is the current board chair of Economic Justice Alliance of Michigan.

Jessica Hernandez serves as executive director and lead community organizer at The Ezekiel Project, a faith-based community nonprofit organization in Saginaw that acts on issues of social, racial, and environmental justice. A native of the Great Lakes Bay Region, she graduated with a Bachelor of Science with a focus in community development from Central Michigan University.

Jessica’s background is in nonprofit management in the health, housing, and education sectors. She has skills in program development and oversight and has juggled compliance of multiple contracts from local, state, and federal sources. Her professional experiences bring a unique and diverse growth opportunity to The Ezekiel Project and the partnership with Economic Justice Alliance of Michigan. Eboni manages the Mamas’ Agenda, acts as chief of staff, and co-creates Mothering Justice’s strategic plan. Prior to this position, she co-wrote the Economic Justice Alliance of Michigan’s 2017-18 public policy manual and worked as a public policy fellow at Detroit’s Skillman Foundation, where she managed special public policy projects affecting neighborhoods and children. Eboni has her BA and MPP from the University of Michigan-Ann Arbor. She serves on the board of directors for the Mary Turner Center for Advocacy and the Eastside Community Network. Eboni is also a Community Change Power50 fellow. She lives in Detroit with her supportive husband and precious sons. Over the past four decades, Linda has served in various professional and leadership roles in public health and the nonprofit sector at both the local and national level. Her early accomplishments include supporting local Detroiters’ organizing and leadership in forming one of the nation’s first Black-led AIDS service organizations.

She later informed the seminal publication, Social Service and Social Change, a capacity-building model that fosters service constituent engagement in community change. Linda served as a co-author with her Building Movement national colleagues and as a national lead trainer. The guidebook remains one of the organization’s most frequently requested publications and used by many human service agencies across the country.

Linda is a founding member of the newly formed Transforming Power, Detroit’s first Social Justice Fund, providing grants to increase funding of Black and people of color-led grassroots organizations fighting for racial and economic justice. She is a founding board member of several other social justice organizations in the Detroit area.

Throughout her career, Linda’s work has been driven by a passionate belief in residents’ collective voice and power to shape and transform their communities for good.

Born and raised in St Louis, Missouri, Linda is a proud graduate of the Charles Sumner High School, the nation’s remaining historically Black high schools, founded in 1875. Among her most significant accomplishments is being mother to Catherine Lindsay and grandmother to Alycia, Dylan, and Keagan. Randy Block has a bachelor’s degree in journalism and a master’s degree in social work, specializing in community organizing. For over 30 years, he worked as a manager of services for older persons, but in 2011 he “retired” to devote more time to working as a community activist.

During the Vietnam War, Randy was a conscientious objector. He has been a long-time leader of Gray Panthers of Metro Detroit and serves as Chair of the National Council of Gray Panthers Networks.  In 2002, Block founded and has since directed the Michigan Unitarian Universalist Social Justice Network (MUUSJN), a statewide network of over 3,000 faith and activist allies working for progressive social change.